13 Then one who had escaped came and told Abram the Hebrew, who was living by the oaks of Mamre the Amorite, brother of Eshcol and of Aner. These were allies of Abram. 14 When Abram heard that his kinsman had been taken captive, he led forth his trained men, born in his house, 318 of them, and went in pursuit as far as Dan. 15 And he divided his forces against them by night, he and his servants, and defeated them and pursued them to Hobah, north of Damascus. 16 Then he brought back all the possessions, and also brought back his kinsman Lot with his possessions, and the women and the people.

17 After his return from the defeat of Chedorlaomer and the kings who were with him, the king of Sodom went out to meet him at the Valley of Shaveh (that is, the King's Valley). 18 And Melchizedek king of Salem brought out bread and wine. (He was priest of God Most High.) 19 And he blessed him and said,

And Abram gave him a tenth of everything. 21 And the king of Sodom said to Abram, “Give me the persons, but take the goods for yourself.” 22 But Abram said to the king of Sodom, “I have lifted my hand to the Lord, God Most High, Possessor of heaven and earth, 23 that I would not take a thread or a sandal strap or anything that is yours, lest you should say, ‘I have made Abram rich.’ 24 I will take nothing but what the young men have eaten, and the share of the men who went with me. Let Aner, Eshcol, and Mamre take their share.” 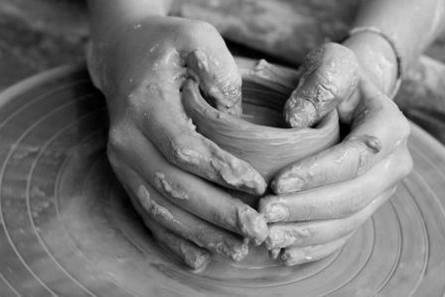 Excelling in the Act of Grace